With rapid economic growth, income increases, and enhancement of safety awareness, people pay more and more attention to the quality of life. However, according to the survey, the current air detectors on the market either have a single function, measurement is not accurate, or they cannot be intelligently linked with other devices such as air purifiers and air conditioners, or cannot be viewed on a mobile app, or the price is unaffordable.

What can we do?

Tuya Smart has a solution ready for you!

In order to solve these challenges, we have designed a new smart hardware solution for air management, namely, Environment Monitor.

The WB3S network module is used as the master control unit. WB3S is a low-power Wi-Fi and luetooth Low Energy combo module developed by Tuya Smart. It consists of a highly integrated radio-frequency identification (RFID) chip BK7231T and a few peripheral components, with a built-in Wi-Fi network protocol stack and various library functions.

To extend the insufficient ADC resources of the module, we need to modify the module by adding a 4-channel analog multiplexer/demultiplexer chip RS2255 to the circuit. As a digitally controlled analog switch, its on-resistance is only 24 ohms, and its leakage current is only 1 nA.

This solution uses many sensors. In order to reduce the wiring and make the layout more concise and neat, you can break out pins on the master board to connect to sensors. The levels at the communication interface between each module and the master control board do not match, and the power supply voltage varies by the modules. To troubleshoot the issue, we have designed the circuit and PCB as follows.

The module uses electrochemical principles to detect CH2O in the air, with good selectivity and stability. A built-in temperature sensor provides temperature compensation. Both digital output and analog voltage output are available. 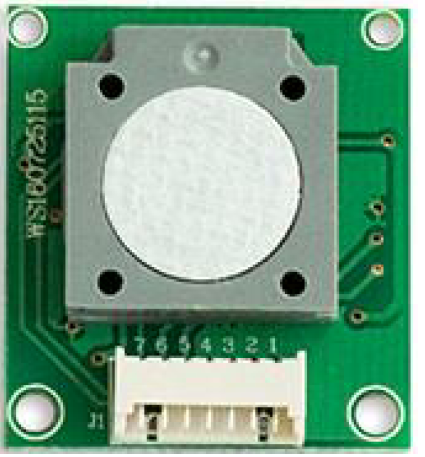 This sensor adopts the principle of particle counting to sensitively detect dust particles with a diameter of more than 1 μm. The VOC sensor has an extremely high sensitivity to organic volatile gases. 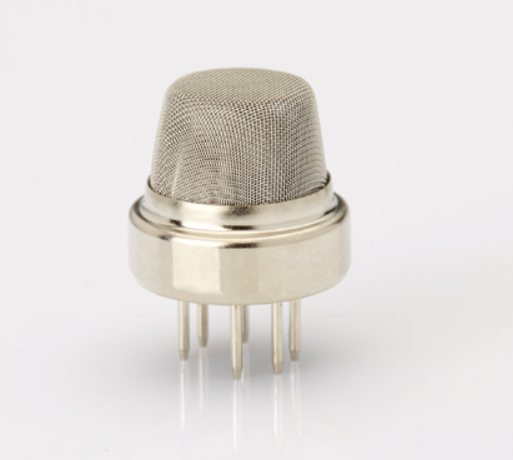 To reduce the development cycle, the MQ-2 smoke sensor module is purchased.

Schematic diagram of the module: 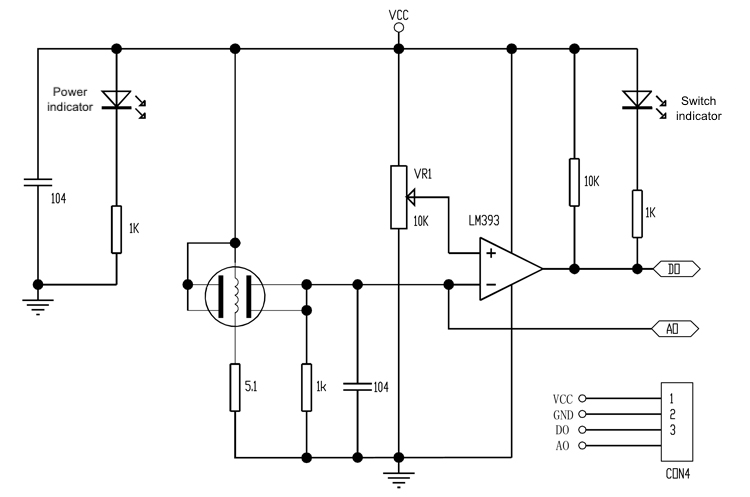 An IR receiver diode is used to detect fire sources or heat sources with a wavelength in the range of 700 to 1000 nm.

To reduce the development cycle, a common flame sensor module is purchased.

The schematic diagram is as follows. 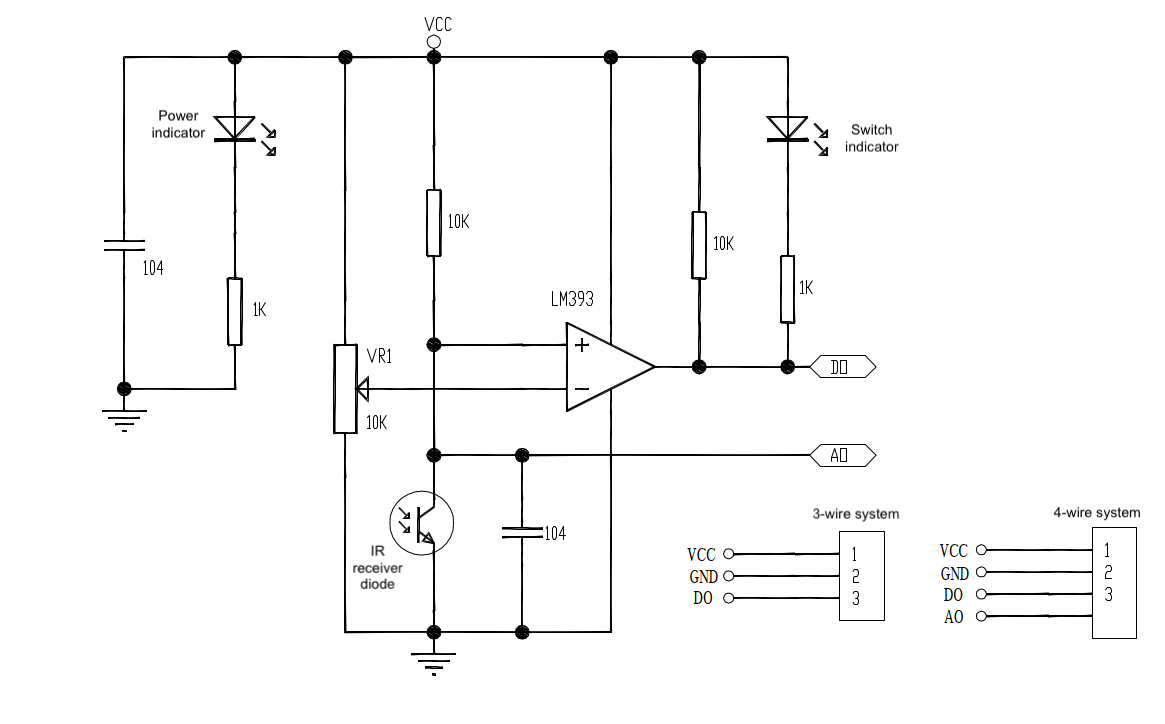 The fire status is determined by detecting the voltage on the AO channel. The lower the voltage, the more fierce the fire.

We choose and modify a socket with a table lamp, making the product more powerful.

Fix the environment monitor on the desk lamp stand. While detecting the air quality in the room, it can also detect whether the devices connected to the socket have fire hazards. For example, send alerts to users about safety hazards caused by devices containing lithium batteries, such as mobile phones. 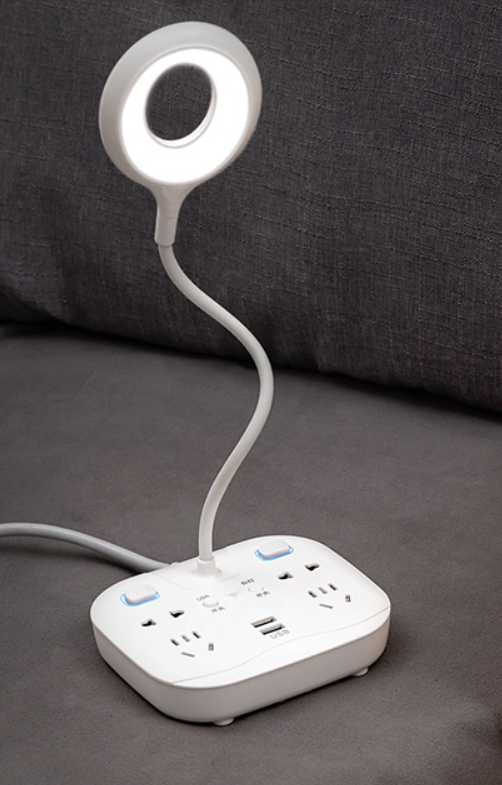 You can also link the environment monitor with other devices.

Connect a 1-channel relay module to the desk lamp. When an anomaly occurs, the 220V power grid is automatically disconnected to reduce losses. 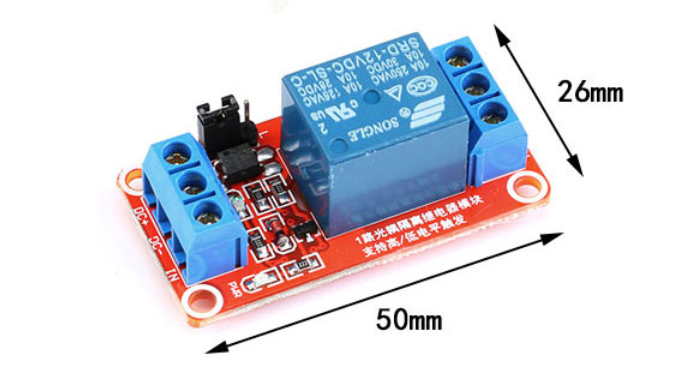 Since the adapter board has already been designed, this step is relatively simple. You only need to insert each sensor module into the appropriate position according to the layout, and complete the welding and fixing. 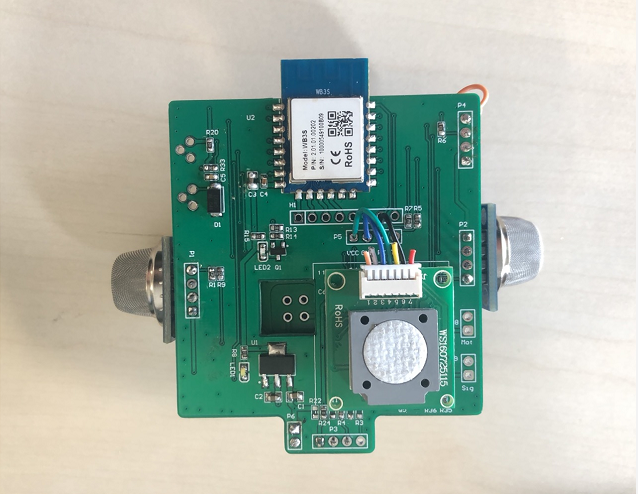 Step 3: Create a smart product on the Tuya IoT Platform

The demo code is developed based on the SDK of the v1.0.2 protocol. If you are new to SoC development, you can pull the code from the Tuya GitHub Repo for learning and development. You can code based on the relatively simple apps/template-demo.

This demo gets the information about the sensors through three methods: serial port, ADC, and level detection of the pins. The three methods are described as follows.

According to the formaldehyde sensor documentation, we can find that the sensor data upload format and calculation method are as follows:

The checksum is calculated as follows:

The PM2.5 data can be obtained like the formaldehyde data.

There is only one ADC on the WB3S module, so we use the RS2255 chip for multiplexing. The pins are described as follows:

3. Detect the status of getting high and low levels of the pins (flame sensor)

During starting, initialize the peripherals and pins related to the environment monitor, create a semaphore, preheat the sensor, release the semaphore after the preheating is completed, and then start collecting.

1. Display the air conditions in real-time

Connect the mobile phone to a Wi-Fi network, turn on Bluetooth, and pair the device as per the instruction. Then, we can control the device with the Tuya Smart app. After successful pairing, you can press and hold the button to enter the pairing mode again. The device panel on the app is shown as follows.

If the concentration of one of smoke, gas or flame is greater than the set value, the Tuya Smart app will display the alarm status and disconnect the 220V power supply. The device panel on the app is shown as follows. 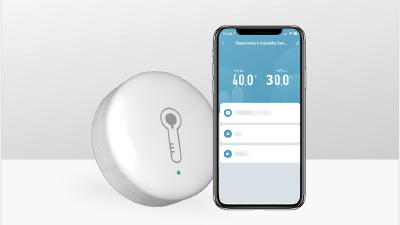 Prototype a Temperature and Humidity Sensor with Zigbee Module SDK