The general purpose of production tests is to verify if the hardware and software functionality of an end product performs as expected.

This topic describes how to use the Tuya IoT SDK to initiate tests on end products. The test items can vary depending on product features, so the implementation code should be implemented by you.

Find the macro TEST_SSID in platforms/bk7231n/common/tuya_main.c. Modify this macro to change the name of the Wi-Fi network designated for production testing.

The code snippet shows that the callback is invoked in scan_test_ssid(). 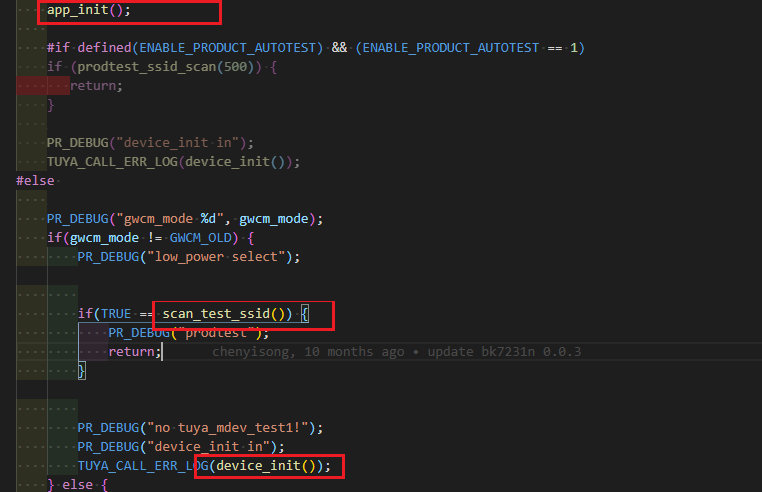 This callback is invoked after the DUT enters the production test mode. The function prototype is as follows:

Check out the complete code on GitHub.