This topic describes the information about the hardware design for PIR sensors in the application of human sensors.

The PIR sensor is a pyroelectric infrared sensor that detects changes in infrared rays. It can be used to detect the human body.
Working principle
The human body temperature is generally constant at 37°C, emitting infrared rays with a specific wavelength of about 10 μm. The infrared rays pass through the Fresnel lens and focus on the infrared induction source (pyroelectric component) inside the PIR sensor. The induction source will subject to charge imbalance, and the charge will be released outward. After amplification by the circuit, the level signals will change.

Advantages
With no radiation, low power consumption, and low price.

The diagram of the human sensor solution 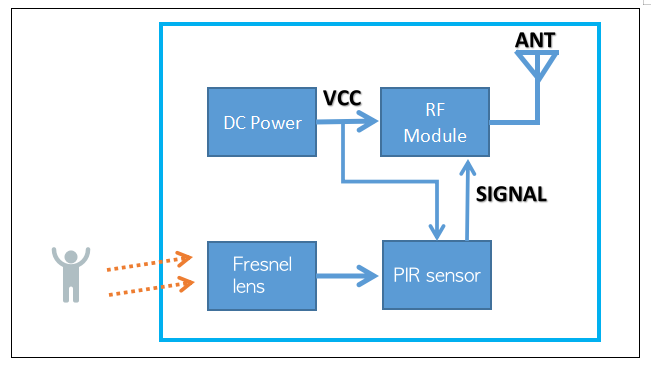 Fresnel lenses are mostly made of polyolefin materials. One side of the lens surface is smooth, and the other side is engraved with concentric circles from small to large.
The texture of the lens is designed according to the requirements of relative sensitivity and receiving angle by using the interference and diffraction of light. It has two functions:

The human sensor is mainly used to detect the human body, and its probe aims to detect human body radiation. The internal pyroelectric components need to be very sensitive to infrared radiation with a wavelength of about 10 μm. The addition of a Fresnel lens can effectively concentrate the infrared rays in the detection space on the surface of the pyroelectric component and improve the reliability of detection.

The design of the PIR sensor 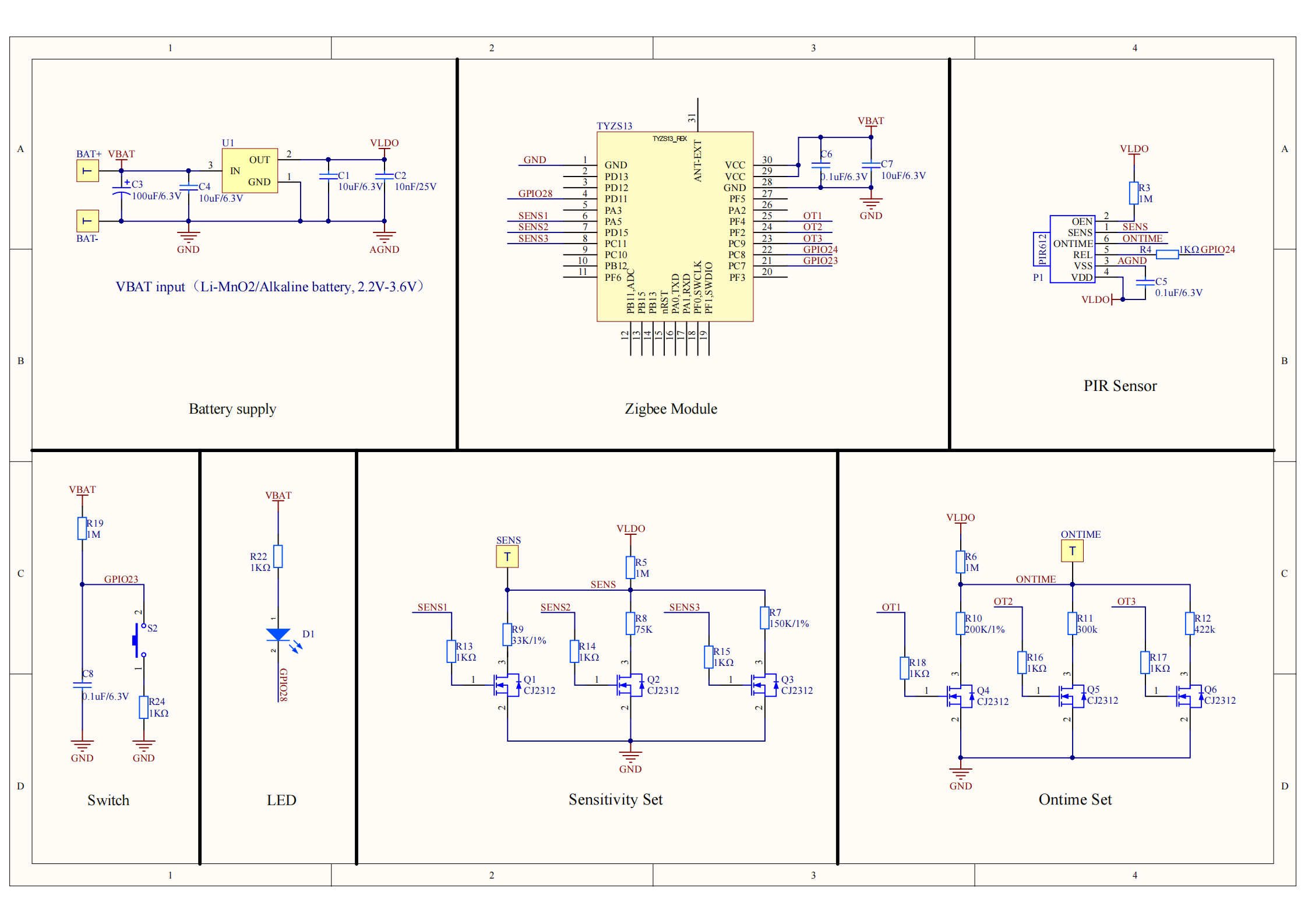 The schematic diagram above is a typical application diagram of the PIR human sensor based on Zigbee wireless communication. The solution supports battery power supply, sensor sensitivity setting, and trigger duration setting.

Things to note for designing

Things to note for debugging