This topic describes how to update firmware.

If your product is developed based on MCU SDK or TuyaOS, to update the firmware of the devices that have been delivered, you can remotely update their firmware on the Tuya IoT Development Platform. In this process, firmware flashing is not required.

The control board must support the firmware update feature.

This topic applies if you want to update firmware on the Tuya IoT Development Platform.

At least one product is created. For more information, see Create Products.

Depending on the source of firmware, the following firmware update scenarios are supported: 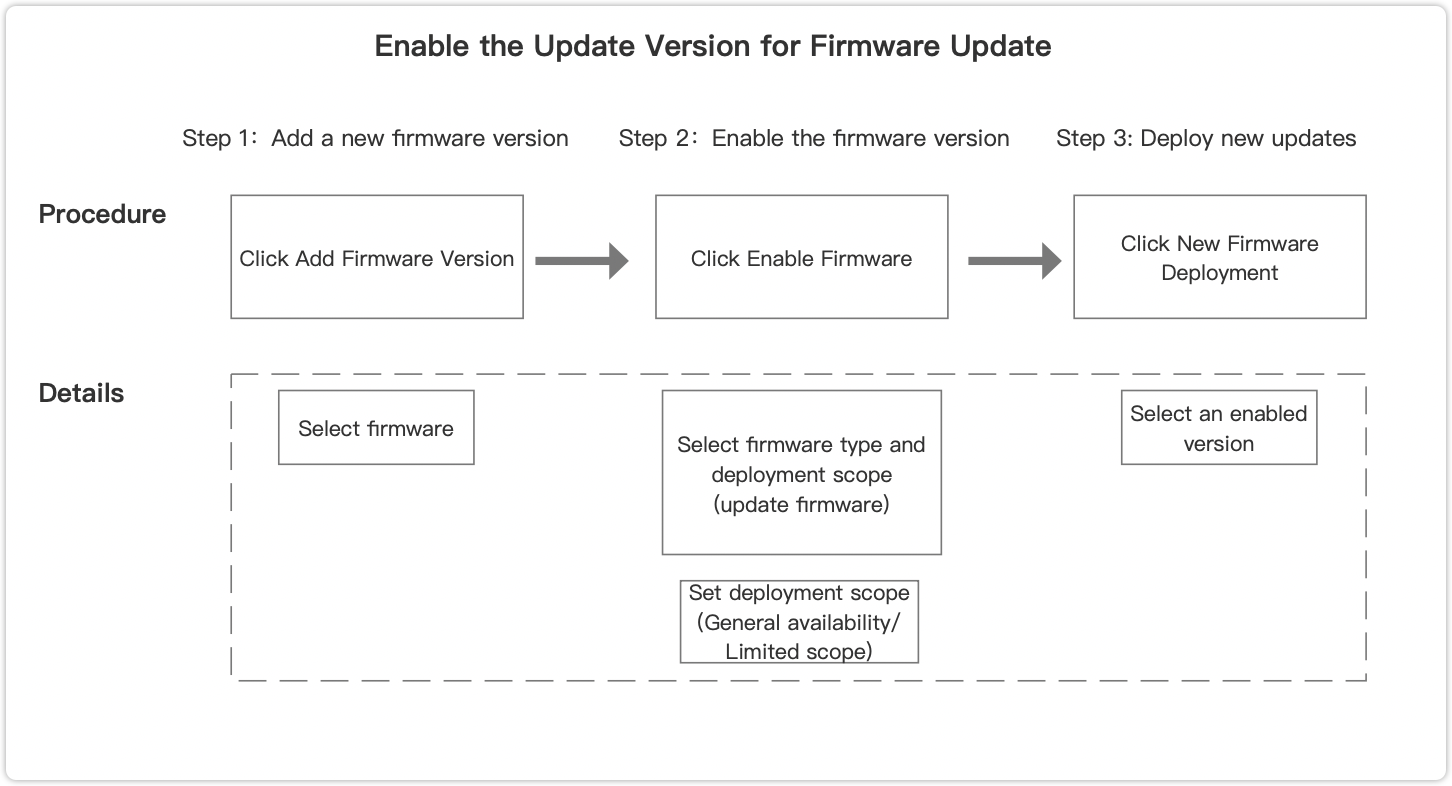 The custom firmware is usually uploaded during product development. Only the account of the Tuya IoT Development Platform that owns the firmware can be used to create a new firmware version.

Firmware updates rely on the over-the-air update technology and can be used to update devices remotely.

In the conventional method for a generic firmware update, a full firmware package is pushed for the update. This package must be downloaded on the target devices to be updated remotely. For a large firmware package, a large amount of data traffic might be consumed and the device storage space must be sufficient. Therefore, certain devices such as NB-IoT and Cat.1 devices cannot be remotely updated as expected in the conventional firmware update method.

In this case, a smaller update package is expected to update the firmware. This section provides an incremental update solution to fix the problem.

This solution applies to the firmware that uses Tuya’s incremental update SDK. NB-IoT and Cat.1 devices are supported.

Before the incremental update, make sure the target firmware supports this feature, and the file to build the incremental package is available for the earlier version to be updated.

Select Product > Device > Firmware Management, find the target firmware and click Details in the Operation column, and then click Add Firmware Version on the page that appears.

Step 2: Upload the file to build an incremental package

Enter the required information and upload the file in the File to Build Incremental Package field. 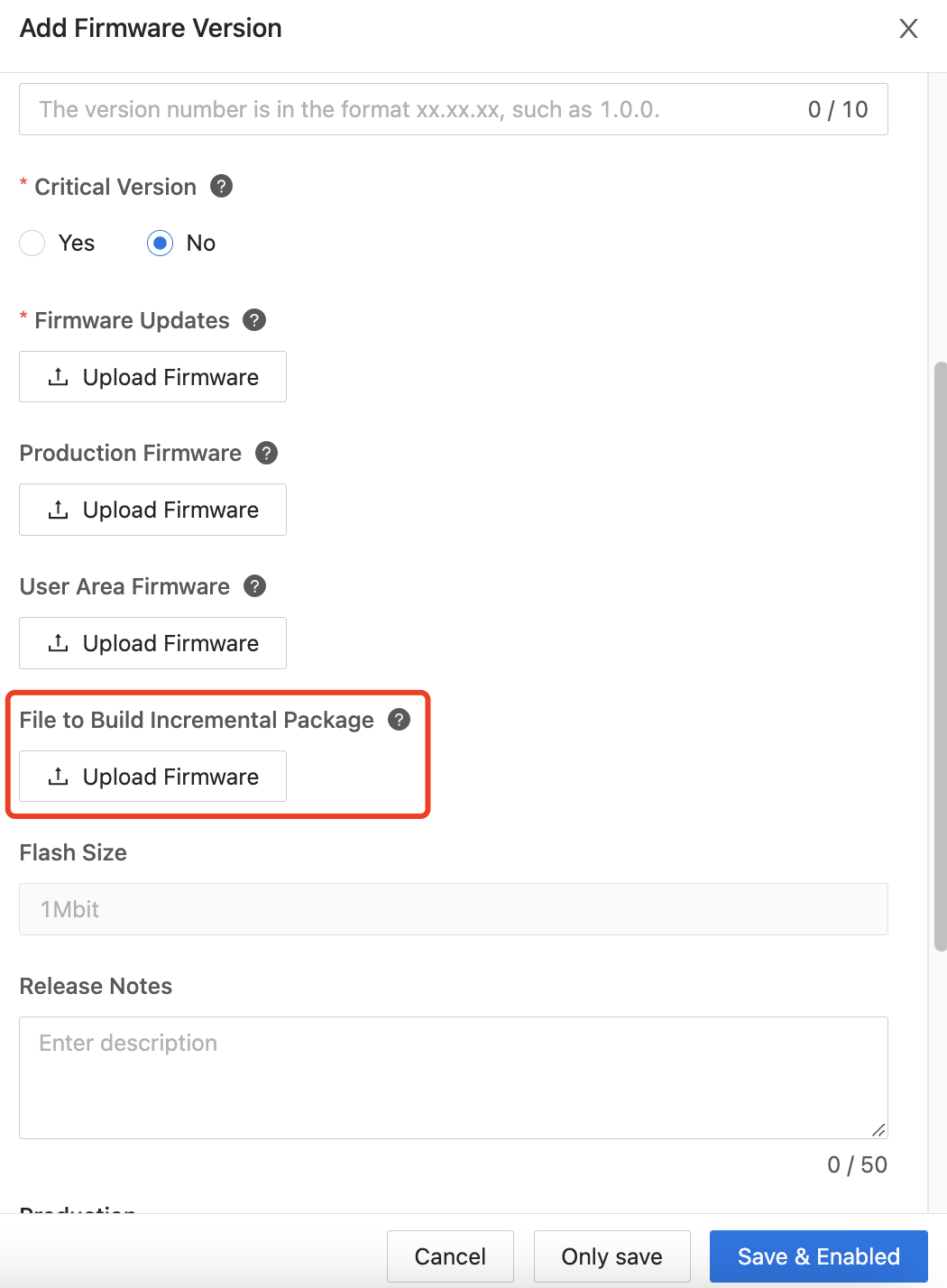 In the Firmware Version Management section, click Enable in the Shelf status column. Then, this status becomes Enabled for the firmware version.

Step 5: Go to Firmware Update and add the update deployment

Repeat the steps in Scenarios 1 and 2.

Repeat the steps in Scenarios 1 and 2.

Q1: Why did I fail to add new versions for my custom firmware?

Q2: Why did I fail to find the firmware key in the Firmware Management module?

Q3: Can devices receive push notifications for OTA updates when their location permissions are not granted to the app?