The TuyaLink protocol is a data exchange standard in JSON for IoT development. It enables the bidirectional communication between devices and the Tuya IoT Development Platform efficiently.

This topic describes the Tuya MQTT standard protocol, the underlying communication protocol adopted by the Tuya IoT Development Platform. This protocol can be integrated into any device, allowing you to develop embedded software as needed.

Devices that can directly connect to the cloud over the internet, without a mediator device forwarding data. These devices use connectivity technologies such as Wi-Fi, Ethernet, and cellular.

A gateway is a physical device or software application that serves as a mediator between the cloud and end devices. It is also a directly connected device. A gateway, in a broad sense, is a device that can communicate with sub-devices and forward data.

On top of the ordinary gateway, an edge gateway provides computing power on the edge of the network to perform local data analytics and statistics, data caching, and local automation.

Devices that cannot directly access the internet can connect to the cloud through a gateway. These devices are called sub-devices to a gateway, such as Zigbee devices and Bluetooth devices. 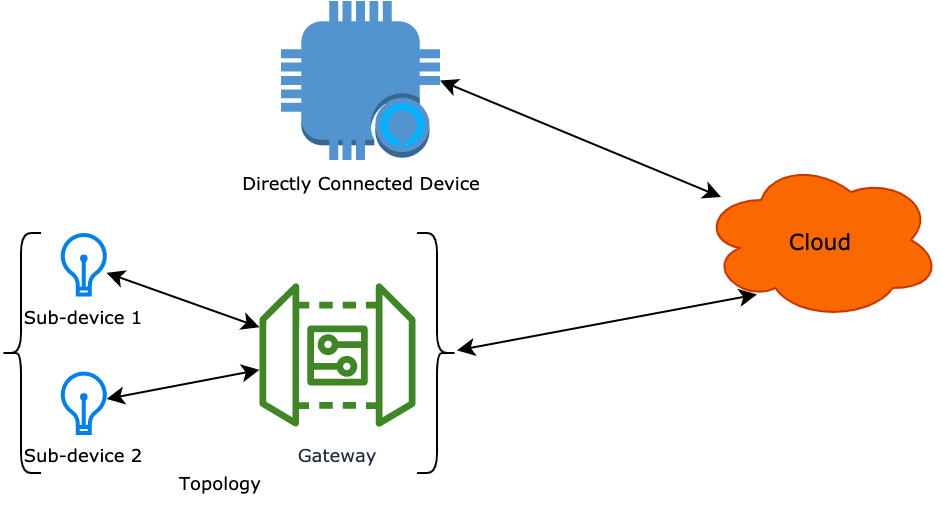 Message Queuing Telemetry Transport (MQTT) is a lightweight client-server publish/subscribe messaging protocol based on TCP/IP developed in 1999 by IBM.

It is easy-to-implement, data-independent, bandwidth-saving, and QoS-supported. These characteristics make it ideal for constrained devices and low-bandwidth networks.

A device, acting as a client, can subscribe and publish to MQTT topics to send to and receive messages from the Tuya IoT Development Platform. MQTT has been widely used in IoT use cases thanks to its strengths.

Tuya IoT Development Platform can connect to devices deployed globally. Choose the endpoint based on where devices are deployed.

If your product is sold globally, make sure to choose the correct endpoint to meet the compliance requirements of the destination countries.

Before diving into the details of device identity authentication, you can familiarize yourself with device connectivity and control. For more information, see Quick Start.

When a device requests an MQTT connection to the Tuya IoT Development Platform, it carries its identity information to authenticate itself with the platform. If the device fails authentication, its request will be rejected.

Flash the unique certificate (ProductID, DeviceID, and DeviceSecre) to the device upfront. When a device connects to the Tuya IoT Development Platform, the Platform encrypts the certificate information carried by the device and authenticates the device’s identity using the username/password. 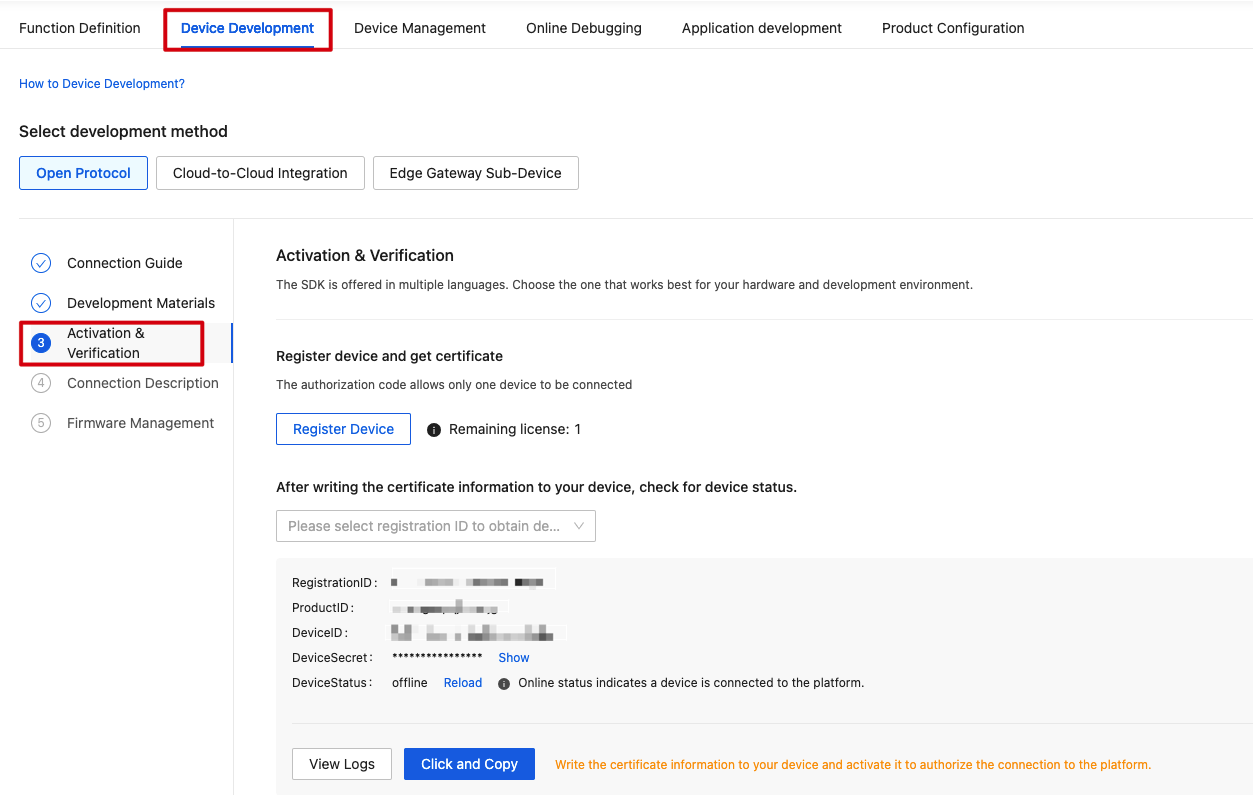 On the page of Activation and Verification, you can get the device certificate, which is made up of three elements.

The following table describes how the username and password are derived.

We recommend you turn on automatic reconnection when one-device-one-key authentication is run. If a device is disconnected due to network jitter, it will be automatically reconnected when the network is restored.

This feature is not generally available currently. If you are interested in it, submit a service ticket.

This feature is not generally available currently. If you are interested in it, submit a service ticket.

A sub-device must be connected to a gateway before it authenticates itself with the Tuya IoT Development Platform.

A gateway is a physical device or software application. Basically, there are two types of gateway, ordinary gateway devices as well as smart devices with built-in gateway capability such as smart speakers, TVs, and sockets.

A gateway can enable messaging in two directions:

To help you deal with different use cases, three sub-device authentication methods are available. For more information, see Topology Management.

MQTT keep-alive is the maximum time interval that can elapse between the point a client finishes transmitting a control packet and when it starts to send the next packet. It is used to determine if the connection is still up.

You can set the keep-alive interval to 60 seconds. An interval of less than 60 seconds is not recommended. A timer starts when the device sends a CONNECT packet. When the Tuya IoT Development Platform receives a PING message, the timer is reset. If the Platform does not receive a message within 2.5 times the keep-alive interval, it will close the connection and declare the device offline.

For example, if the keep-alive interval is set to 60 seconds, the device is declared offline when it is not reachable within 150 seconds.

MQTT keep-alive does not apply to sub-devices because the connection status of sub-devices is determined by the keep-alive mechanism between the gateway and the sub-device.